On September 14, 1925, the Hammond Junior College was dedicated. A president, four faculty members, and forty students made up the institution that first year. The main objectives of the Junior College were to provide a two-year curriculum in teacher education and basic undergraduate work in the arts and sciences. Both freshmen and sophomore students were enrolled and the facilities of the Hammond High School were used.

In 1930, a third year was added to the curricula. In 1937, a fourth year was added. In 1946, Southeastern was formally approved and accepted into full membership in the Southern Association of Colleges and Schools as a four year degree granting institution. On June 16, 1970, Louisiana Governor John J. McKeithen signed a legislative act changing the name of the institution to Southeastern Louisiana University.

The work of Baptists on the campus of Southeastern goes back to the time that it was constituted as a Junior College. In the mid-twenties, members of the First Baptist Church of Hammond began to talk about working with the students at the institution and student interest in a college ministry began to grow. Before Dr. Sam Sanford came to the College as the first paid director in 1946, First Baptist Church shared their secretary half time as a part-time director.

In the beginning, the early groups met wherever they could. Later, First Baptist Church bought a lot at the corner of West Dakota and Spruce Street and donated it for use as a Baptist Student Center. In 1937, the Baptist Student Union was launched. The early groups were without a center until a quonset type building was obtained for use.

On September 1, 1956, the quonset was finally replaced by a brick building providing a kitchen, student apartment, and joint recreation-worship room. In 1964, the final addition, a Worship Center, was finished. The following is part of a 1980 report from the Baptist Student Union about the use of their building: 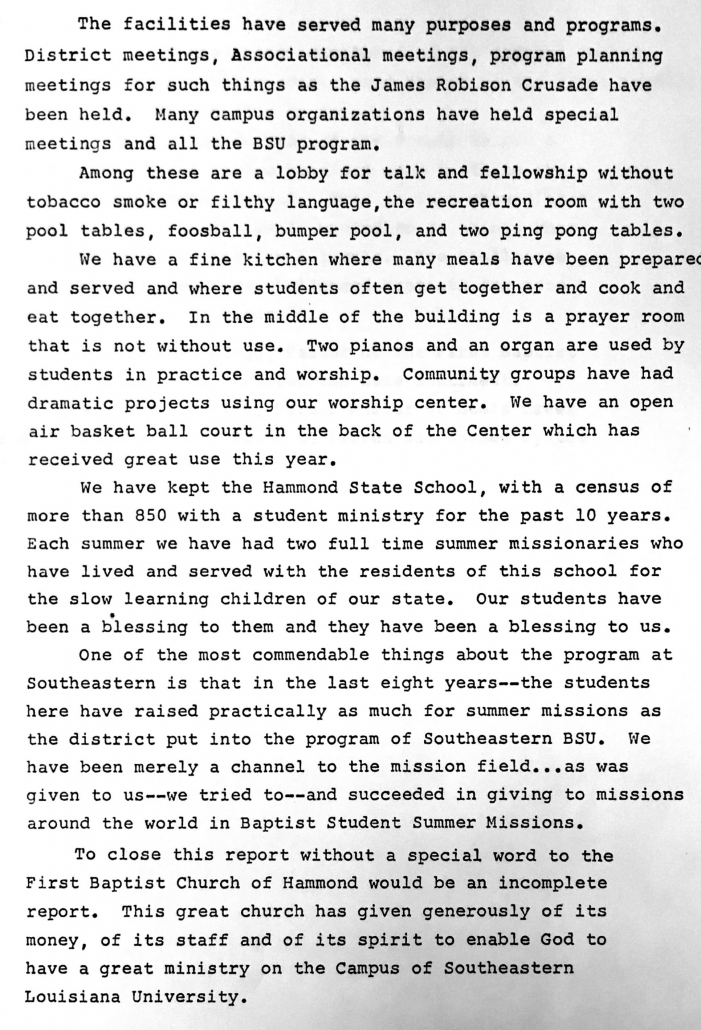 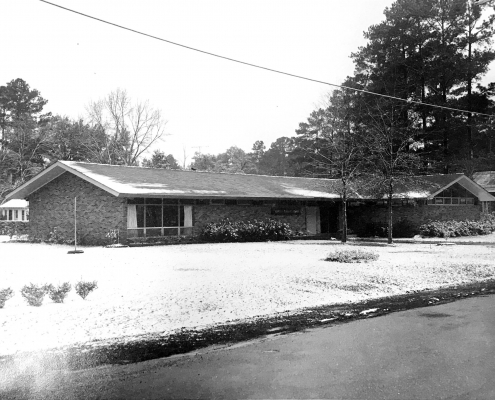 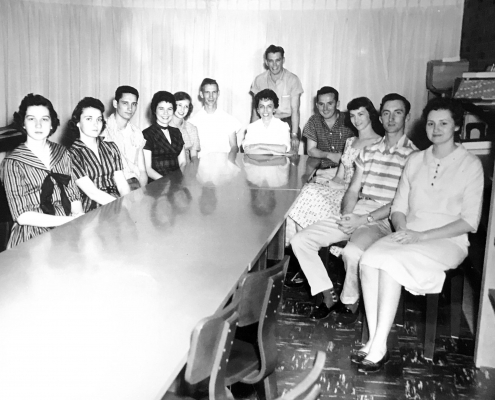 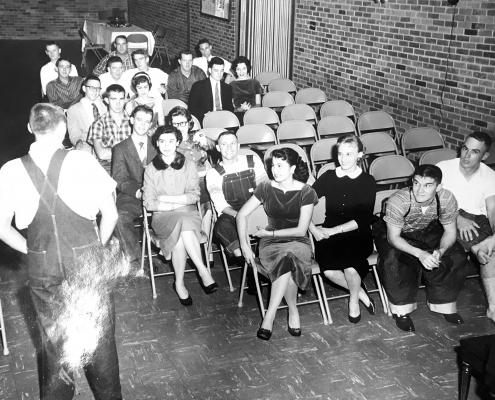 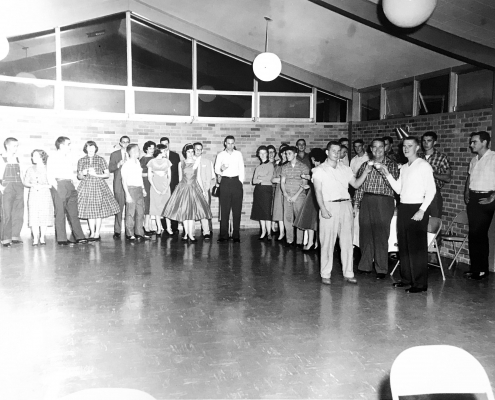 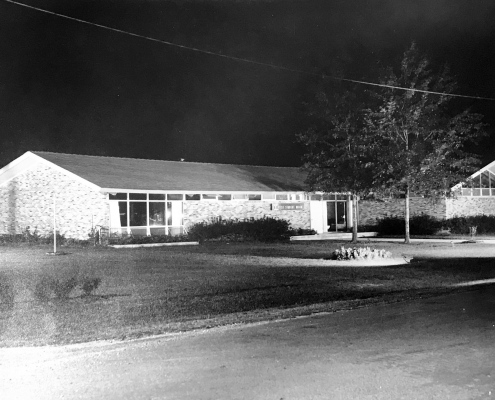